“You don’t get anything. You have to earn it,” is something you will hear Marcus often say about business ventures and life in general. You must fight for your dreams; and when it comes to starting a business, you must have some skin in the game to achieve success. But some entrepreneurs might find themselves giving up too quickly. When things get tough, and especially when you don’t know how to manage a situation, a surmountable challenge might be enough for some to throw in the towel. On the opposite end of the spectrum, some entrepreneurs might look for ways to push through unconquerable challenges, wasting time, energy, and resources fighting a lost cause. One of the typical traits among successful entrepreneurs or small business owners is knowing where your breakpoint is and having the strength to stick to it. By breakpoint, we refer to the place in time when it makes the most sense to either walk away from your venture or keep fighting the good fight.

Marcus’s business philosophy revolves around people, the connection and bonds they form among themselves within the business, and the community around it. He has high regard for passion, and it is with this passion that he finds his path in the professional landscape.

Here’s a tip for small businesses:
“If you don't have emotion and you don't have passion, then you shouldn't be in business because money is a by product, not the purpose.”

If you don’t have emotion and you don’t have passion, then you shouldn’t be in business because money is a by product, not the purpose. But passion can be a double-edged sword. Love is the fuel that should drive your ambition, but you must also be very cautious not to be blinded by it. When looking back at his very successful career, Marcus’s biggest business regret is falling in love with the people who make up the business and losing sight of the basics as they pertain to business.

When he was asked in an episode of T-Mobile’s Whiteboard Wednesdays on their YouTube channel, Marcus summarized his biggest business regret as “romanticizing the business”.

He claims that he tends to fall in love with an idea or an entrepreneur. Instead of being pragmatic with sound business fundamentals, Marcus might end up throwing money at a problem that might not have a solution—sometimes stretching a lousy situation out longer than he should. In this same interview, he emphasized the importance of knowing when to pull the plug or “cut the cord” and move on. 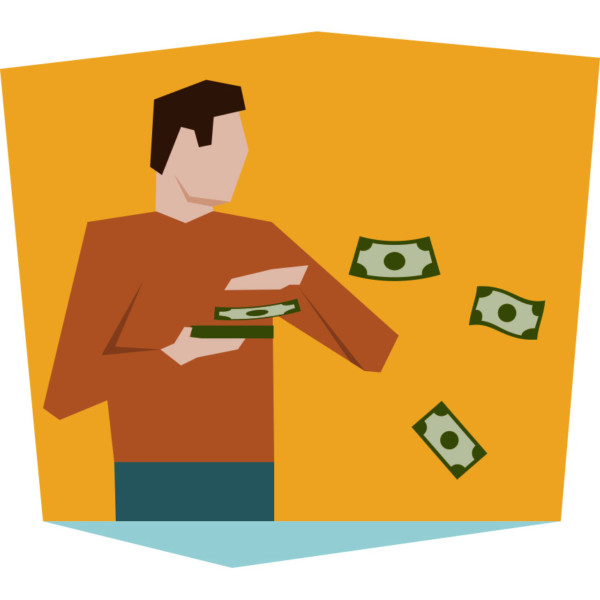 How You Can Learn from It

“Have no fear and be willing to fail,” is what Marcus would tell you. But with that being said, it is essential to note that every experience is going to be different, and each challenge will be unique to your experience. There is no mathematical formula, magic device, or even a business software platform that will provide you with an answer of when to cut your losses, or when to keep on fighting through the problem. You must focus on the business fundamentals, know your numbers, determine your “point of no return,” and then stick to your guns when you get there. Also, Marcus points out that it is vital to be mindful of the amount of time and money you invest. Don’t throw good money at a bad situation, hoping that it will turn things around. 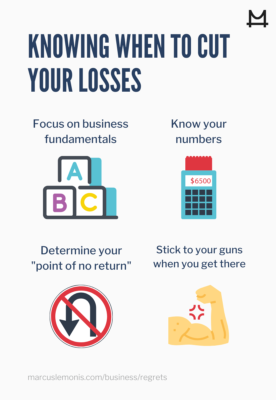 When you’re willing to fail, fear is no longer part of the equation. Even the biggest corporations, with the brightest minds and billion-dollar budgets, fail sometimes. Let’s take Target’s Canadian expansion as an example. In 2011, the company had an ambitious plan to open 124 locations by 2014 and expected to be profitable by its first anniversary of operations. On January 15, 2015, due to some unmanageable timetables, supply chain problems, and disastrous technology issues, Target Canada filed for bankruptcy. It had already spent $7 billion on the Canadian expansion; but it didn’t project turning a profit until at least 2021. By April 2015, all 133 Canadian stores closed. Yes, it was a terrible result with an enormous sum of money lost; but it would have been much worse had they kept trying to push through. Ultimately, it was reported that Target’s “hasty retreat from Canada marks an unprecedented failure for an American retailer north of the border, but nevertheless, analysts and investors cheered the company’s leadership for cutting its losses.” 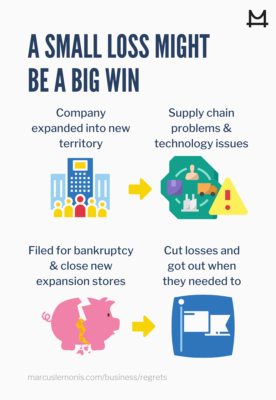 The Emotional Weight of the Decision

For entrepreneurs and small business owners, the business is like a baby. You give it life, nurture it, and sacrifice sleep, money, and more to see it through the growing pains and to get it to where it is today. The emotional attachment is enormous and giving up on it might seem unbearable, even when it might be the only rational and logical choice. You must “identify when it’s time to move on,” says Marcus. In business, you need to be pragmatic and notice when a situation is not sustainable. In an article written for Entrepreneur.com, Chelsea Berler, entrepreneur and CEO of a boutique marketing agency, offers a few questions that function as a litmus test for when she’s trying to decide if she should stop or keep going:

And the only way to answer these questions is with a light heart. You must “gather the data, make it a non-emotional decision, and then take pro-active steps in the direction of improvement.” Rely on good business fundamentals and remember that numbers never lie. Be mindful of the amount of time and money you’re investing when you weigh your options; and once you have a clear picture, Marcus says that “you gotta pick a path. And you gotta GO!” Time is money, so rip the Band-Aid and move on. 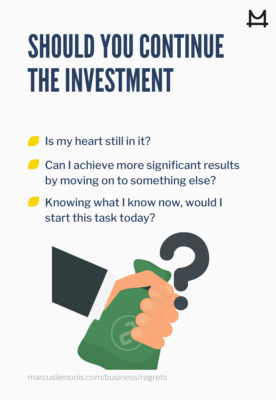