Since the turn of the century, you’ve probably noticed business magazines and news outlets talking about how open-office layouts, stand-up meetings, and technology have become the norm to drive team collaboration. 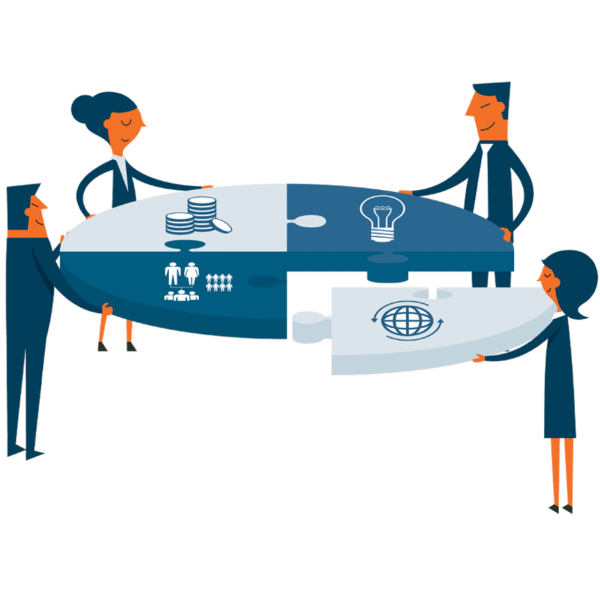 Microsoft Teams, Google Hangouts, Slack, Zoom, and many other applications have become the primary way to keep team members connected and in the know when it comes to everything that everyone is doing. And synergy is not a fad or a way to lower overhead costs. Extensive research confirms that when people work smart and in unison, it can boost productivity, creativity, engagement, communication, and efficiency—all words that should be music to your ears as a business owner.

A Team is Stronger than the Sum of its Members

In the competitive digital age, all businesses need to focus on efficiency to drive the bottom line. Now more than ever, teamwork is what any small business needs to succeed.

Synergy is crucial to maximize your staff and make sure everyone is as productive as possible by bringing out each other’s best in the workplace. But what is synergy? Well, by definition, synergy is “the interaction or cooperation of two or more organizations, substances, or other agents to produce a combined effect greater than the sum of their separate effects” (Waite, 2012). This means that while all your team members individually might be great at what they do, when they come together they should be even better than the sum of their individual results.

An easy way to visualize this is by imagining that you have three employees, and you ask them to load a truck with boxes from your warehouse. If each one goes back and forth carrying boxes, they will get the job done, but it would take much longer than if they create a chain and pass the boxes from hand to hand in a single row to get them all flowing into the truck much faster. Now, this was a very basic example to demonstrate how synergy and teamwork go hand-in-hand. But the growth of the result can be exponential when everyone in your business works together towards the same goal. And that is when teamwork makes the dream work. 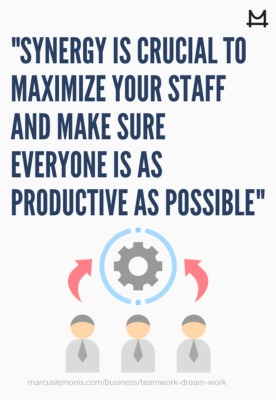 John J. Murphy, a business transformation specialist and author of Pulling Together: 10 Rules for High-Performance Teamwork, believes that “each individual has unique gifts, talents and skills. When we bring them to the table and share them for a common purpose, it can give companies a real competitive advantage” (2016). Therefore, it is crucial to make sure that you build your teams, keeping everyone’s unique skills in mind. Think of it as a large puzzle, where everyone has many unique pieces that need to come together to build a single image. It is important to note that redundant pieces are of no use when building a puzzle. So, having a team made up of extraordinary individuals, where they all have the same skill sets, may not be as productive as bringing together individuals with complementary skills to build off one another. After all, as a team leader, it is essential to understand that one person’s weakness might be another’s strength.

A Team Should Support Each Other

A Gallup study of nearly 7,500 full-time employees found that 23% “feel burned out at work” very often or always, while another 44% say they sometimes feel this way (Wigert & Agrawal, 2020). That’s where the teamwork makes the dream work. Because it’s been proven that team members can provide emotional support to each other by sharing the workload. Not only do they understand the demands and stress of the job, but they can also build a sense of camaraderie while helping each other out. This, in return, makes the team much more robust as they grow together. 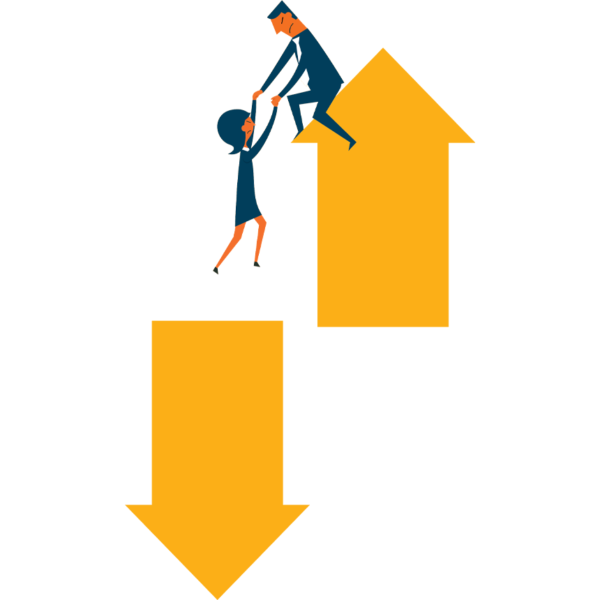 You may be thinking that this is all great for the business, but what is in it for the employees? Why would they want to collaborate to help the company be successful? It turns out that many studies show how team members benefit just as much as the companies they work for. In 2018, American Psychologist released “The Science of Teamwork”—an entire special issue dedicated to the psychology of collaboration—showcasing 20 articles demonstrating the importance of teamwork in a wide variety of workplace settings; with evidence that cooperation can make the team smarter, more creative, and thus, more successful (McDaniel et al., 2018). 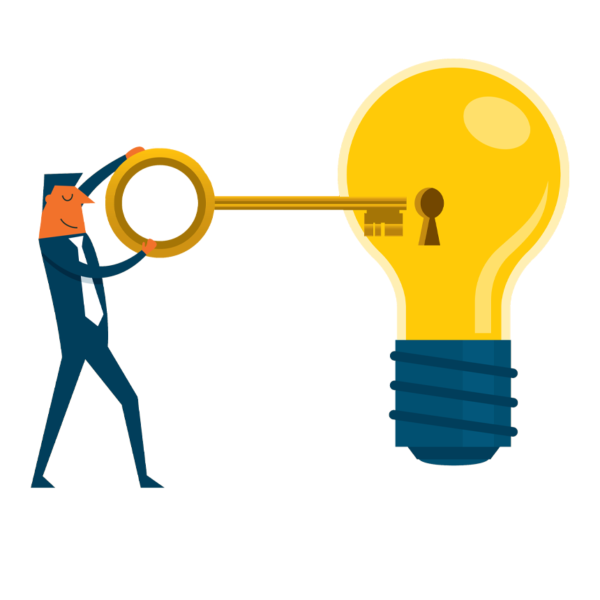 There are a few ingredients required to build a dream team. But keep in mind that even if your existing team doesn’t seem to have all of these teamwork components, these are skills that can be learned and improved. As a team leader, you must determine which members need the most work and focus on those first. As was the case with a Chicago-based workshop that helps people customize lights for their homes and businesses. When the owner first approached Marcus in 2018, she had a financially healthy company. Her issue was that she didn’t know how to scale the business.

Marcus noticed that part of the problem was that the management structure and business model posed some organizational issues that many small businesses suffer from. One of which is that employees didn’t have official titles, job descriptions, sufficient wages, goals, or development paths. This was causing a high turn-over, and high-turnovers are the kryptonite that breaks dream teams apart.

As a result, with Marcus’ guidance, the team members learned some key business lessons we can all apply in our own businesses: 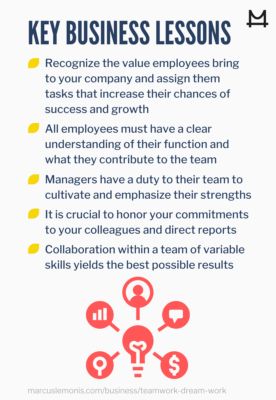 6 Components of a Great Team

To have a successful business, the components of teamwork that you need to implement are straightforward. The key is to be consistent and firm. Here is a laundry list that, if fully implemented, will become the foundation upon which to build a synergetic team: 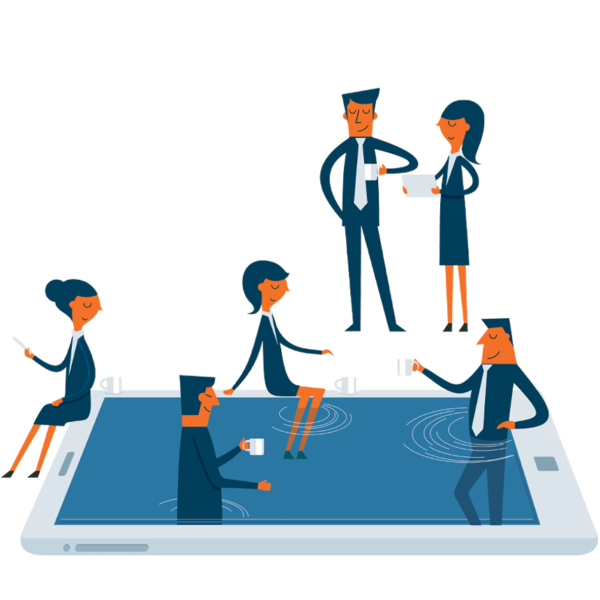 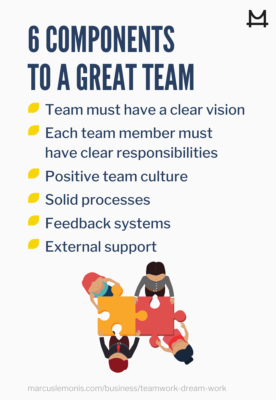 How to Keep a Dream Team Engaged

By now, you should be convinced that teamwork makes the dream work. But how do you keep that synergy going? Let’s look at a Pennsylvania-based design firm specializing in custom commercial interiors as an example. When Marcus began working with the brothers who owned and operated the business, he stated that one of their main issues was that the team had no structure. He explained to them that if the employees do not know who’s in charge or what their roles are, the company will float aimlessly like a rudderless ship. After an overhaul of the organization’s processes, Marcus helped give the company direction, creating a structured and well-oiled machine, taking a group of individuals who had been working independently of each other and building them into a team. If we fast forward five-plus years into the future, the team is more fired-up than ever, and the company’s revenues have nearly quadrupled in that time. But how do you keep your team pumped up year after year? Peter Economy from Inc. magazine listed “9 Super Effective Ways to Motivate Your Team” (2016). As you will see, many seem very basic, maybe even common sense, but sometimes it doesn’t take much to make a huge difference in business. 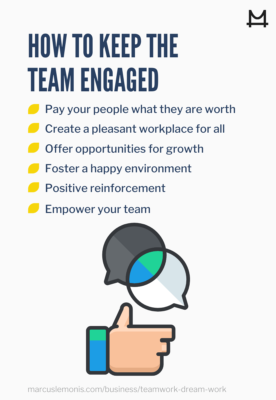 When you bring together the skills, the positive energy, and the knowledge of a motivated team, you and your staff can accomplish anything you set your minds to. After all, teamwork makes the dream work. 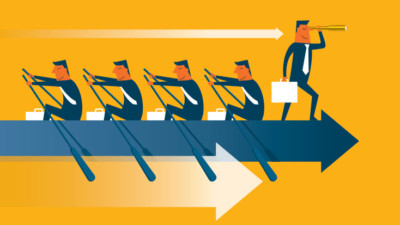 Personalizing your management style and work environment around your team can lead to great results. Tips and more are in this lesson! 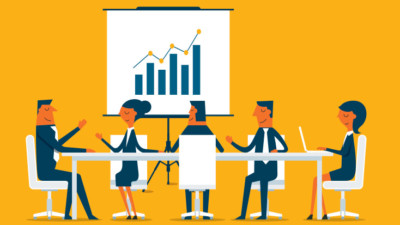 In this article you’ll learn what internal business communication is, what it actually looks like, and 10 reasons it’s important. After reading this, can you think of an 11th? 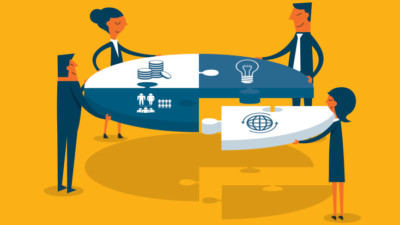 You’ll learn about opportunities to trust your team, why that matters, and how your team is like a fire. 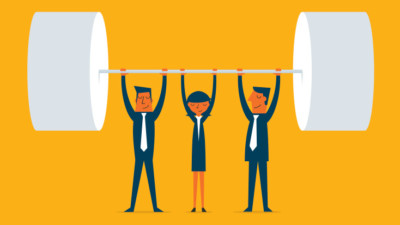 10 strategies to get you the most motivated team for your business! 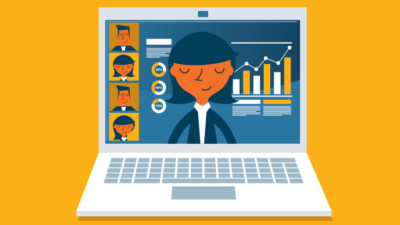 Remote working is more frequent than ever. Learn valuable tips on how to manage people under these unique circumstances. 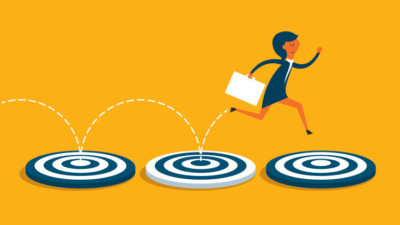 7
7
Take Care of Employees: Protect Them at All Costs
10 mins

Taking care of your employees means more than just cutting them a paycheck. Learn how you can be the kind of boss people love working for. 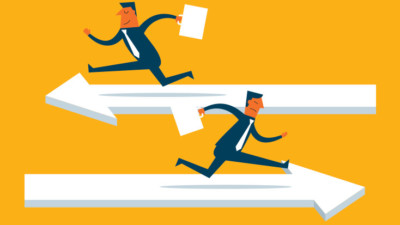 When you try to juggle too many things at once, something gets dropped. Learn why narrowing your focus will help your business thrive. 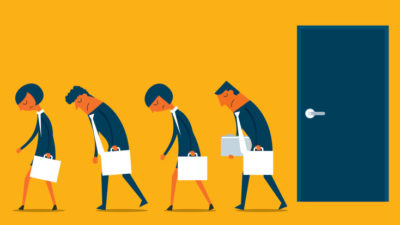 Toxic work environments can cost money and cause employee turnover. Find out ways to help prevent this from happening to your company.