You were probably raised with the motto, “Sharing is caring.” But in the business world, sometimes it’s actually a bad thing. We’re talking about oversharing at work. Have you ever been in an elevator, mentioned it’s laundry day, and that you’ve been wearing the same socks for eleven days?

Here’s a tip for small businesses
“Businesses are based on relationships.”

That’s a great example of sharing too much information. Every once in a while, it’s easy to let something slip. But those tiny misfires can have very real implications. Marcus Lemonis always says, “Businesses are based on relationships.” So, keep reading to make sure you share in a way that grows those relationships instead of in a way that puts them to the test. 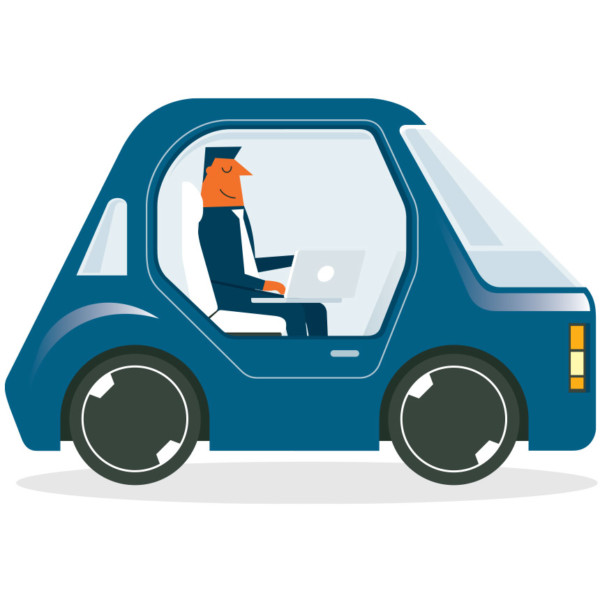 Why Oversharing at Work Can Be Damaging

Think about all of the traits you needed to find success. Did you need to be organized? Trustworthy? Loyal? Level-headed? Strategic? Dependable? Analytical? Great news. People already think you’re all of those things. But sharing too much information can undermine your professional reputation. Let’s say you made a funny typo in a text to your HR Manager. Everyone’s having an innocent laugh. But then you add that you only made that mistake because you were texting while driving.

Yikes. Your team used to think you were caring and responsible. But now they might wonder if you’re reckless and selfish. Sharing too much information can cast you in a negative light, contaminating your otherwise great track record. You’re introducing a completely unnecessary risk with no reward. But not to worry. It’s like Marcus says, “People make mistakes… it’s how you resolve them that matters.” 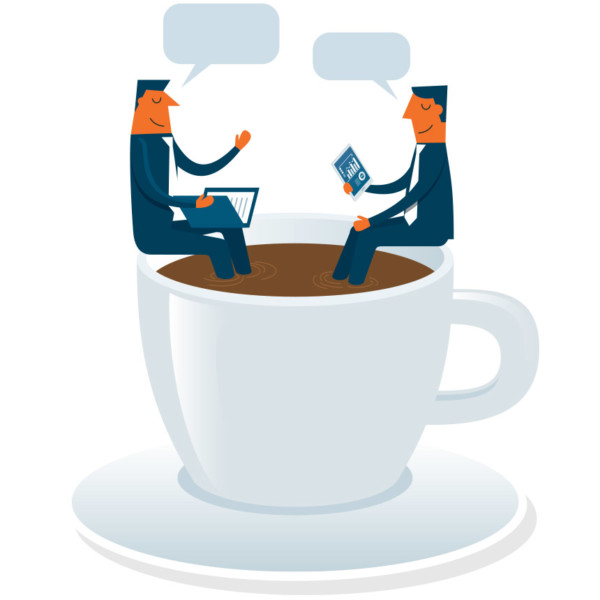 Sharing too much information — like a lot of mistakes — comes from a great place. Psychology Today says it’s often an attempt to fast-track a relationship. You’re hoping to let people in, establish yourself as an open and honest person, and create a bond.

You also see people oversharing at work because they’re having a human moment. Sometimes you just need a shoulder to cry on. You even see people cross the line when they’re trying to make someone else comfortable. The thing is, sometimes it ends up doing the opposite.

As you can see, people usually share too much information with the best intentions. It happens to all of us. Just keep in mind that there’s a good and a bad kind of sharing. You’ll get an up-close look at both versions, but as you explore the distinction, always ask yourself this: “Will sharing this piece of information strengthen or weaken people’s opinion of me?” 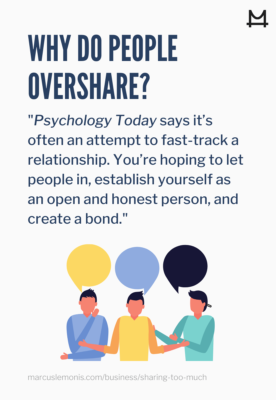 The Good Kind of Sharing

According to Gusto, an HR management company in San Francisco, “54% of employees say that a strong sense of community has kept them at a company.” So, it’s obviously important to form a connection with your team. Definitely feel free to share some of your personal life. Just make sure it reveals something about you that’s positive. Jeff Bezos gave you a great example of this when he announced that he’s building a gigantic clock that’ll tell time for the next 10,000 years. Does that have anything to do with Amazon? Of course not. But he’s sharing something that’s still really ambitious and innovative. Those are two great qualities people look for in a leader. So, he let people into his life in a way that both forms a connection and reinforces some of his positive attributes.

Another type of good sharing is when you’re helping your co-workers build context. Let’s say you have a dentist appointment tomorrow and your head of sales wants the time slot immediately after. Go ahead and tell them you’re getting your wisdom teeth taken out, you’ll be a little out of it, and even though your calendar says you’re available near the end of the day, you’re better off talking next week. Now, think about a situation when you show up to work in pretty rough shape. You notice people are whispering and the rumor mill is starting to churn. So, go ahead and share that a car alarm was going off until 5 AM and you never really fell asleep. That’s something that is personal, but it’s also helping reframe something in a way that preserves your reputation.

So, is there a hard-and-fast definition of oversharing? Nothing is set in stone. But take a look at a few of the most common overshares. That’ll give you a good idea of topics where you might want to tread lightly and show a little bit of discretion.

Everyone has a different financial situation. Did you just get a huge raise? Did you graduate without any student loans? Did your spouse just inherit $5 million? Keep in mind that the person across the table might not be quite as fortunate. Sharing too much information can build resentment and drive a wedge between you and someone you used to bond with.

When Marcus worked with a company that distributed gourmet coffee, he knew they had a sterling reputation and saw a ton of potential. But he also learned the two people running it used to date, and after their breakup, there was clearly still a lot of scar tissue. They’d have it out in front of Marcus. They’d have it out in front of their team. The conflict was just very public and it didn’t have to be like that. You don’t have to be best friends with everyone you work with. That’s perfectly fine and it’s a fact of life. But you can work these conflicts out quietly and privately. Or you might even just let it roll off your back. However you resolve it, just know that shouting your grievances from the mountain tops is a type of oversharing that can quickly land your business in hot water. 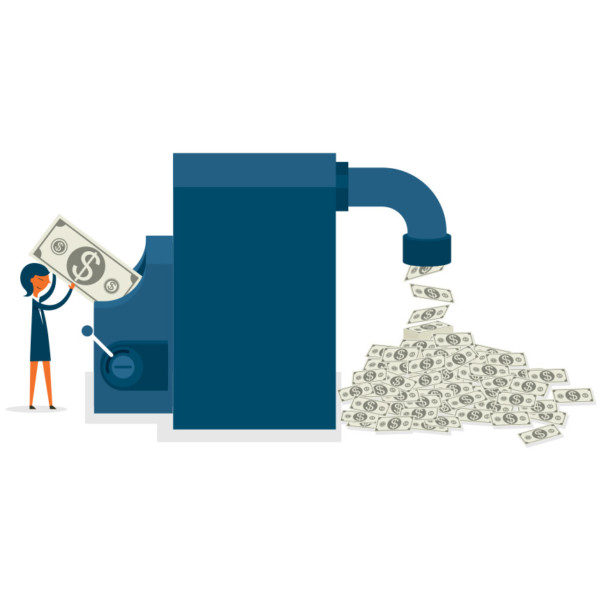 Let’s say you’re canvassing for an important political cause this weekend. Great work. You’re getting involved in the process, making your voice heard, and using your free time to make a difference. But what if your Head of Operations sees that same cause a different way? People are really passionate about their beliefs and they tend to be divisive in an office setting. You might consider leaving these deeply personal topics for your personal life.

Most people have had a stepping-stone job at one point or another. Whether it’s flipping burgers or brewing coffee, those huge chains are usually pretty supportive if you’re only there to pay for law school. But what if you started your small business just to sell it once it’s worth $2 million? Sharing too much information about your exit strategy can cause your employees to disengage if they don’t think you’re in this for the long haul.

Let’s say you go to Vegas at the beginning of each football season. You never really risk that much money, but since this one was a longshot bet, you shockingly win $5,000. That’s obviously exciting, but also an eye-popping number to throw around an office. That’s just too easy to take out of context. What if people start thinking you don’t have any self-control? When it comes to oversharing at work, that goes triple for vices. 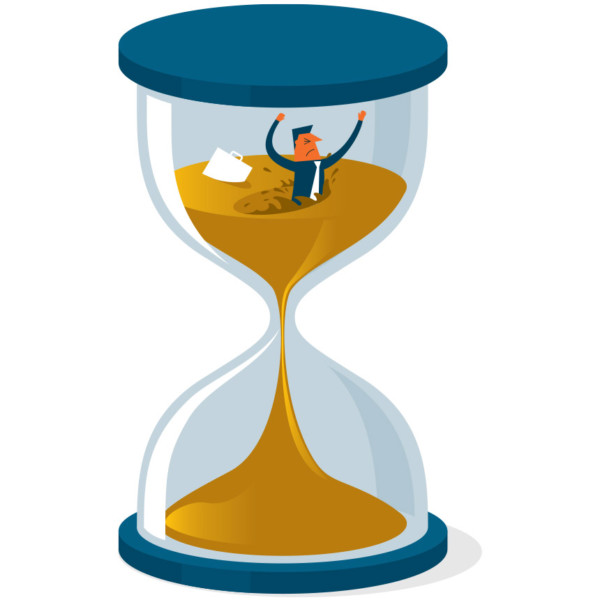 Maybe you’re really into community service. This time, you’re a key part of organizing a free dental clinic for those in need. It’s a rousing success, starting to snowball, and you’re feeling a little overwhelmed. But sharing too much information about how stressed you are is not in your best interest. People might start to think you’re slipping around the office because you’re so focused on what’s going on outside of it.

Everyone has a story from back in high school or college that’s a little off-color. But once you start sharing these with your team, you’re oversharing at work. You’ve all had a PG-13 moment, but keep it PG in the office. If people question your judgement during conversations, they might start to question your judgement work-wise, too. 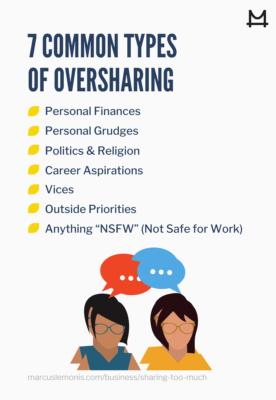 1. Brevity Is the Soul of Wit

“The 48 Laws of Power,” a best-seller by Robert Greene, explains the more you talk, the more you increase your chances of saying something foolish. He details the case of a Russian Revolutionary named Ryleyev who was about to be hanged, but the rope broke. Traditionally, this was seen as a cosmic intervention and the person’s life would be spared. But Ryleyev took the opportunity to mouth off, saying the failed execution was proof that the government couldn’t even make a decent rope. Unfortunately, he’d poked the bear and the government decided to break precedent and execute him after all. So, remember that a little self-editing can go a long way. In fact, Andy Warhol, as the book explains, said that brevity added more weight to the words that he did say. Can you use this philosophy to stop you from oversharing at work?

2. Ask Yourself Whether You’ve Built Actual Trust with the Person You’re Talking To

Inevitably, you’ll build relationships at work. Just keep in mind that some are far stronger than others. If you already have someone’s trust, you might have a little more elbow room to really open up. But if you’re still getting to know someone, they could see these moments as sharing too much information. That can catch people off guard, and in some cases, make them question your motives. Are you trying to gain sympathy? Are you trying to brag? Are you trying to force a relationship that isn’t really there? Of course you’re not. But if you stick to sharing with people you already trust, those thoughts won’t even cross their mind.

3. Does What You’re About to Say Make Your Colleague Look Good?

Let’s say you’re headed out west to close a deal. You bring a few team members, and when you get back, someone asks you how things went with Sandy. It’s a normal, open-ended question, and how you answer it matters. If you tell them she forgot to lock the company car, that could make her look careless. So, if you have the urge to share something disparaging, ask yourself if you’re oversharing at work and accidentally stirring the pot.

4. Prepare for Conversations That Need to Be “On Message”

When you go to a networking event to find a new supplier, a few questions are definitely headed your way. So, it never hurts to give your answers some thought in advance. Let’s say someone asks you, “Why are you looking for a new supplier?” Maybe the truth is that you had a falling out with the last one. But to some people, a falling out is a red flag. You’re easy to work with, collaborative, and agreeable. So, make sure that’s reflected in what you’re putting out there. You can easily give this a positive spin if you think about it beforehand. But if you wing it, you might end up sharing too much information.

You most likely heard this at some point during third grade, but it’s also a great tip to manage oversharing at work. Make sure to ask people plenty of questions and ask yourself if your conversations feel inclusive and balanced. Whenever you’re actively listening, you’re not saying something damaging. So, make sure to pass the mic during conversations and you’ve already started to rein in the oversharing at work. 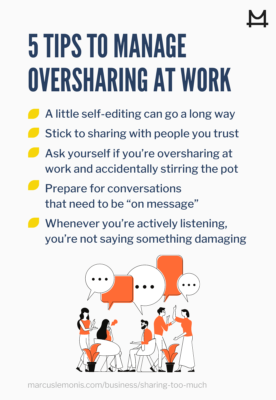 Every time you go into a job interview, you’re sharing in a very targeted way. You might share that you’re a volunteer firefighter outside of work because you love helping your community. But you definitely wouldn’t add that you used to litter Doritos bags in the woods until you were nine years old. Think about sharing at work in a similar light, because in a way, your entire career is one big job interview. People are constantly forming opinions of each other. So, if you’ve overshared in the past, don’t worry about it. You just want to shift into a more positive form of sharing that helps solidify your great reputation.