What Does “Less Is More” Mean In Business?

You’ve all had a moment in your daily lives when you realized less is more. Maybe you planned a round of golf and went camping on the same day and never fully experienced either one. Or maybe you’ve seen those people at the park trying to walk nine dogs at the same time. 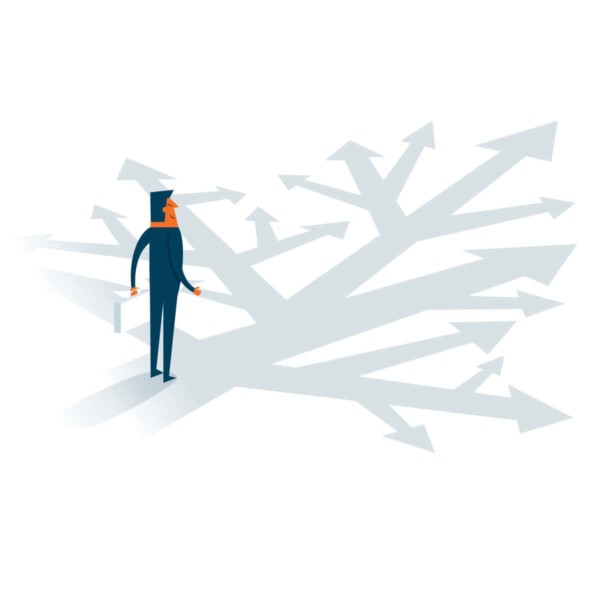 You’ve probably even tried a pizza with so many toppings that it ends up tasting like nothing. This all comes from a great place of swinging for the fences, but Marcus Lemonis has a simple piece of wisdom that applies in each of those situations: “Stay focused.” Some businesses try to scale by doing too much. They end up overextended, living the old cliche of moving one inch in a million different directions, but going nowhere. But it doesn’t have to be like that, because a less is more philosophy can help you focus your efforts and maximize your results.

You might remember a famous lifestyle brand called Ed Hardy. If you don’t, it’s probably because they learned that less is more the hard way. The brand rose to prominence with a tattoo-inspired clothing line. The company’s bread and butter was their shirts, which were quickly adopted by musicians and trend-setters. Simply put, the brand was cool, undeniably high-end, and reached a whopping $700 million in sales in 2009. But as Rory Sutherland explains in his book “Alchemy,” Ed Hardy entrusted the brand to a team that lacked focus. They tried to scale by doing too much, expanding into tanning lotions, coffee mugs, perfume, jewelry, motorcycle helmets, sunglasses, and phone cases. This overexposed the brand, undermined its exclusivity, and sales tanked.

But to truly understand less is more, you also need to take a look at what Ed Hardy did right while they were thriving. At first, they were hyper focused on just one product. They priced that product like a luxury good, which turned it into an aspirational brand. Madonna wore these shirts. They were sought after. Ed Hardy also understood its heritage. Ed was one of the most respected tattoo artists in California. A little grit was built into their DNA. Their image was high-end, but with an edge. So, they were careful about where Ed Hardy was sold. They focused on one thing, knew who they were, and stuck to the plan. That’s a minimalist business at its best and their discipline led them into a period of hypergrowth. Use that level of focus to create your own minimalist business and you’re headed for the same place. 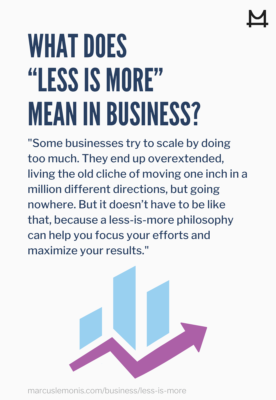 How Can You Achieve More By Doing Less?

When Marcus met with a pie shop owner in California, it was hard not to admire her ambition. She sold homemade pies out of an endearing shop near the ocean. They typically had a line out the door and customers would wait forever to get their hands on one of her homemade treasures. So, she decided to open a second location under a different brand name. Once he delved further into the company’s process, Marcus learned that those long lines and wait times weren’t entirely based on high demand. 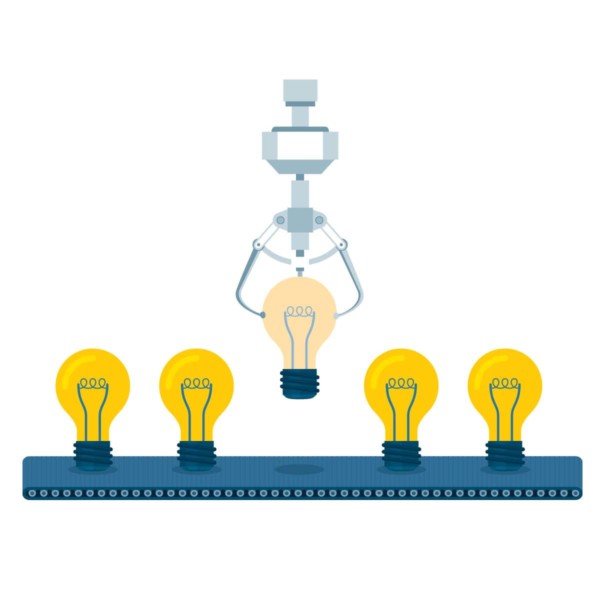 They were based on inefficiencies created by trying to do too much. The equipment was often breaking and there wasn’t a standardized process for production. The primary location wasn’t operating at its full potential, and neither was the new store, which was taking heavy losses and threatening to bring down the entire enterprise. Marcus had to have a hard talk with the owner about working towards building a minimalist business. He convinced her to close the second store and invest those funds into really getting the most out of the original. Ultimately, she made the emotional decision to close the second store, focused on improvements that allowed the first store to stay open, and increased both efficiency and profits.

What Are Some Benefits Of a Minimalist Business?

Marcus walks into a ton of situations where becoming a minimalist business can turn around an entire company. One such case was a locally famous pie shop in The Florida Keys. Marcus met with their team and noticed the business was overextended. They sold too many products that didn’t meet the quality standard, many of which had low margins. They also ran a secondary location that was losing $25,000 per year. Marcus used a “less is more” strategy to close the extra location and focus on the original. He also cut the low-margin products that weren’t made in-house so they could concentrate on their top selling pie. He directed all their efforts into quality, taking their already good recipe and making it great. That focus paid off in a big way, as the new recipe caught the attention of USA Today, who named them the best pie in Florida. The accolades that followed earned them wholesale deals with over 100 places nationally. They also give us a powerful argument for less is more, as the business went from losing $100,000 per year to making $100,000.

Did you know that working less can actually lead to more productivity? It might sound like an excuse that Huck Finn would give to a gullible teacher.

But in this case, there’s actually data supporting it. John Pencavel, an economist at Stanford University, published a study that found employee output falls after 50 hours, declines sharply after 55, and get this – if you put in 70 hours per week, sometimes 15 of those hours don’t generate any productivity at all. But it doesn’t stop there. A survey of 50,000 people by the Corporate Executive Board reported that 21% of employees with work-life balance work harder. So, what does that tell you? By reducing your staff’s hours, you not only decrease the burnout that leads to high turnover, but you get more out of their hours because they’re more fresh when it’s time to buckle down.

Sheryl Sandberg, Facebook’s operations whiz, created a minimalist business through an approach she called “ruthless prioritization.” The idea behind the term is people are very list-driven, obsessing over crossing off task after task in an effort to “get a lot done.” But her take is that this actually leads to getting less done. You can only really focus on one thing at a time, and further, how many things can you actually do well? Her advice is this: instead of trying to do a ton of different things, focus on the one thing you should be doing right now and nail it. That’s another version of less is more and it could help keep your company’s costs down. Through ruthless prioritization, you reduce the transitional costs associated with jumping from thing to thing. You also stop going down paths where your execution might fall below your high standards. 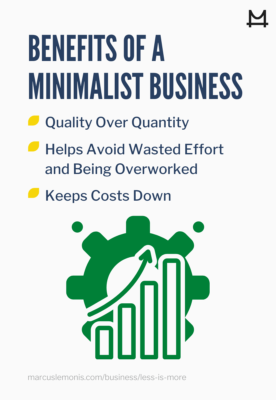 Areas of Your Business Where Less Is More

Marcus always says “Your job as the CEO is to be the coach.” If you look at it like that, Steve Jobs was one of the best coaches of all time. He focused on creating a culture of “less is more” that permeated every corner of the company. Ken Segall, Apple’s former Creative Director, recounts Jobs running a minimalist business in a book called “Insanely Simple.” 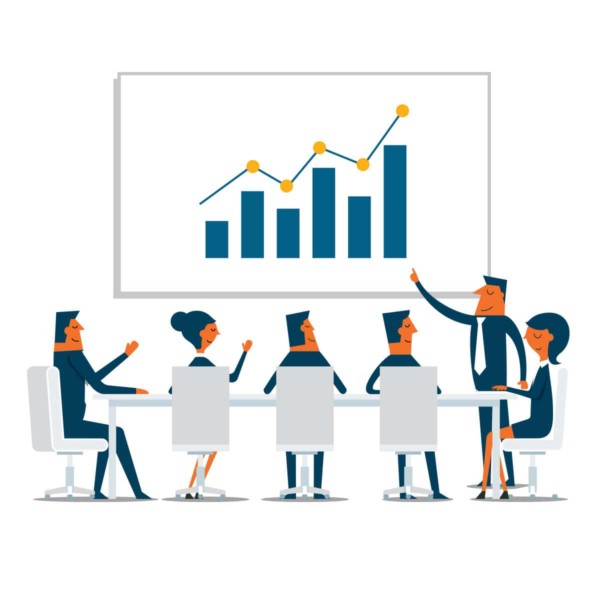 You see it in their clean marketing campaigns with the single image and stark white background. You see it in the product design with their iPhones that only had one button. You even see it in their product slate, which at one time only offered four products. He was a mastermind in running a minimalist business and it solidified Apple as one of the most iconic brands in American history. Do you see an opportunity for less is more when you lead your team? Can you create a simple environment with less encumbrances? Would this empower your employees to do more? Steve Jobs would answer with a resounding “yes.”

Jeff Bezos is yet another iconic force with a less is more philosophy. He made something he calls “The Two Pizza Rule” and it became an important part of Amazon’s meetings. It says that if you can’t feed the entire meeting with a pair of pizzas, the meeting is too big. Bezos ran minimalist business meetings to make sure everyone gets a chance to contribute and they understand that those contributions are valued. The paradigm-shifting success of Amazon speaks for itself, but think about ways you can bring minimalism into your own meetings. Can you reduce the number of meetings, their length, and number of attendees? You also might think about coming to the meeting with an approved agenda, and of course, ordering two pizzas.

Two heads might be better than one in some situations, but when it comes to brainstorming, cognitive scientist Art Markman would argue that you might want to handle it solo. The thrust of his argument centers around groupthink. He explains that instead of generating more ideas, brainstorming as a large team can actually result in less. The group tends to start thinking the same way, which limits the scope of creativity. You also see an unhealthy desire to “play nice” during these brainstorming sessions. While that’s generally good, sometimes people confuse supporting a colleague with supporting one of their colleague’s bad ideas. Consider putting an end to group brainstorming, so you can generate better ideas and liberate your team’s time so they can focus on other objectives. 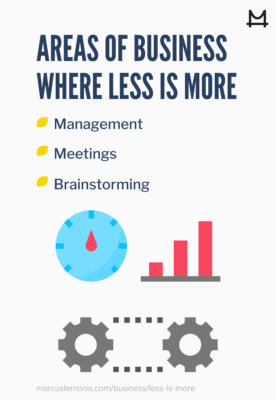 Here’s a tip for small businesses
Once you really get on board with running a minimalist business, you’ll be able to increase output, quality, and efficiency.

You’re a leader, which means that you’re out there making things happen. So, the less is more approach might seem counterintuitive at first. But once you really get on board with running a minimalist business, you’ll be able to increase output, quality, and efficiency. Have you ever heard the phrase “whipped cream on a duck?” It’s an old, but smart saying that illustrates that adding a second great thing doesn’t always make the first thing better. Let your company focus on making the best duck anyone’s ever tasted and leave the foamy desserts to Cool Whip. 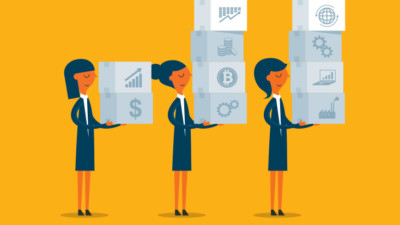 One of the best ways to boost revenue and profitability is to enter a new market. Before you take that step, these tips can help you succeed. 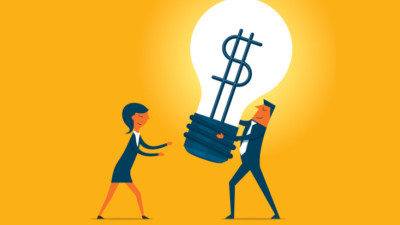 2
2
Tips for Passing Down the Family Business
10 mins

It’s not easy to pass down a family business. Here are valuable tips for smoothing the transition and avoiding a costly dispute. 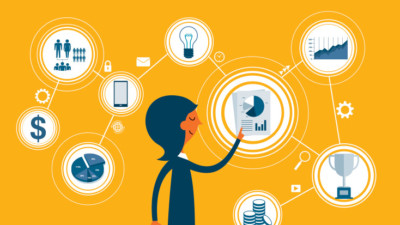 Smart investments in technology can pay off in a big way for your business. These tips can guide you toward good decisions. 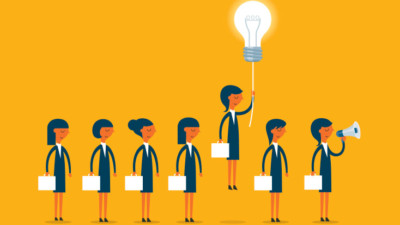 What makes your product or service special? Understanding your key advantage can help you overcome the competition. 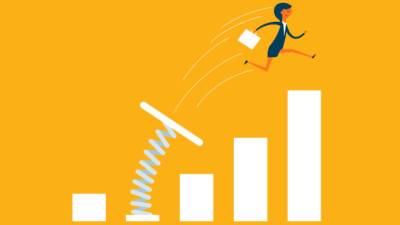 6
6
Business Problem Solving: Every Problem Has a Solution
15 mins 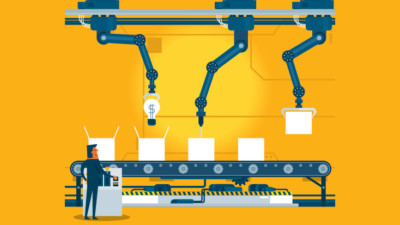 You’ll learn how to create a well-oiled manufacturing machine and how an underutilized process is like a treadmill. 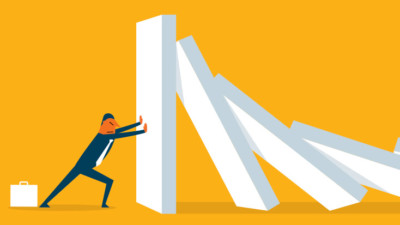 This article explores change in business, the types of change that are always around the corner, and what Albert Einstein might have to say about the whole thing.