Fitness instructors never advise anyone who hasn’t been exercising on a regular basis to start running 10 miles every day. Walking for 10 minutes would be more like it. Over time though, that walker finds herself putting in 30 minutes or an hour a day. Soon enough, she’s hitting the gym five days a week. She can’t imagine how she lived her life any other way. If done repeatedly, isolated good choices that seem insignificant can end up transforming you into the best version of yourself. Little things that build character add up and gain momentum. They become the very essence of who you are. They inspire others to imitate you.

Cultivating integrity is like that, too. Learning to honor your commitments, one by one, will have a tremendous impact on your business, your reputation, your personal relationships and your sense of self-worth.

How Honoring Your Commitments Benefits Your Business

Even small commitments matter. If you handle them well, clients and colleagues will trust you in the future when there’s much more at stake. Whether you’ve agreed to meet someone for lunch or provide venture capital, take the commitment seriously. Dropping the ball may not seem like a big deal at the time, but a good track record of keeping your word has numerous benefits.

Here’s a tip for small businesses
Even small commitments matter. If you handle them well, clients and colleagues will trust you in the future when there’s much more at stake.

It establishes respect and trust in relationships. It keeps lines of communication open and transparent. It gives everything you say more weight. With any luck, what goes around comes around in a positive way. If you put all-out effort into delivering on your promises, everyone you interact with will be inspired to do the same. When people know they can depend on you, word spreads fast. Your business grows.

Consumers are pickier than ever about how business leaders conduct themselves and run their companies. One way to make an impression is to honor your commitments to your employees. You’ll improve public perception and earn your staff’s loyalty to boot. Keeping your word promotes trust, respect and accountability throughout the workplace. Just look at the companies that have created a culture of integrity. They’re reaping big benefits. In January 2020, Starbucks announced plans to step up its sustainability efforts, which were already admirable. Those 31,000-plus locations worldwide are proof that good guys don’t always finish last. Can 15 minutes or less really save you 15 percent or more on car insurance? Maybe not in every single instance, but the folks at Geico are keeping enough of their promises to maintain consistently high rankings in the industry. Geico was recently awarded five stars and a glowing review on NerdWallet. 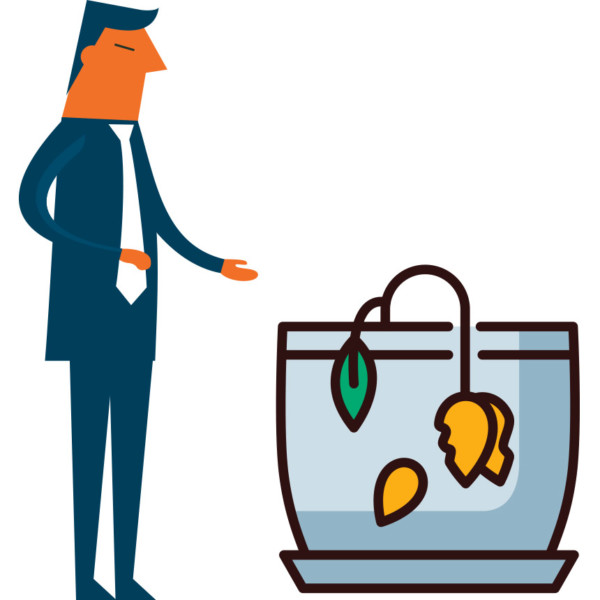 In addition to clients, colleagues and workers, you also have a duty to the business itself. It’s impossible to succeed if you don’t commit to good practices. When Marcus Lemonis worked with a well-known California floral shop, he was shocked by the dirty floors, cobwebs and overall neglected state of the business. This was once the go-to florist for presidential inaugurations, annual parades and large events. It took several minutes for Marcus to even locate anyone who worked there.

A second generation family member had taken over the business when the original owner passed away, but he knew almost nothing about the business or the inventory.

He owed a large sum to the bank and the shop had lost significant amounts of money under his direction. He admitted that he didn’t pursue new business because he wasn’t willing to put in the necessary hours. That didn’t go over well with Marcus. “A successful business owner subscribes to one theory,” Marcus has said. “They show up first, and they leave last.” He could plainly see that the current owner had no real commitment to the family business or to repaying debt. His heart wasn’t in it. Like Marcus always says, “If you don’t love what you do, you shouldn’t do it.” If you’re not sure you’re on the right path, evaluate the strength of your commitment. 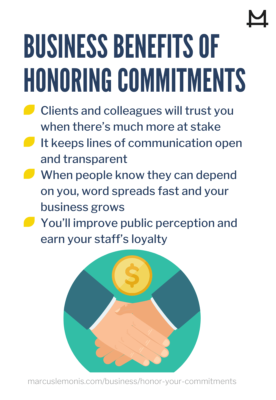 How Honoring Your Commitments Benefits You

Everyone forgets a commitment now and then. Most times, that’s easily remedied with a phone call and a sincere apology. However, if you find yourself habitually failing to keep your word, it’s time to take a hard look in the mirror. Each time you break a promise, you’re telling yourself and others that you don’t think your word is worth much. If you don’t value your own word, you can’t expect others to. If you don’t value your own word, there’s no point in committing to your personal goals or your business plans.

Derrick Albert Bell Jr. was an attorney, a civil rights activist, and the first tenured African American law professor at Harvard School of Law. He once directly linked self-esteem to promise keeping, saying, “Self-esteem is like a difficult-to-cultivate flower. It requires the frequent nurturing that occurs when you keep your word and follow through on your promises.” That’s right. Every time you keep a promise, you strengthen your character. You become more confident because you know that you can trust yourself to act with integrity. You know that you’re proving yourself trustworthy to others. You’re making a positive impression with each commitment you honor, and your reputation for integrity is growing. In short, nothing boosts self-esteem like honoring your commitments. 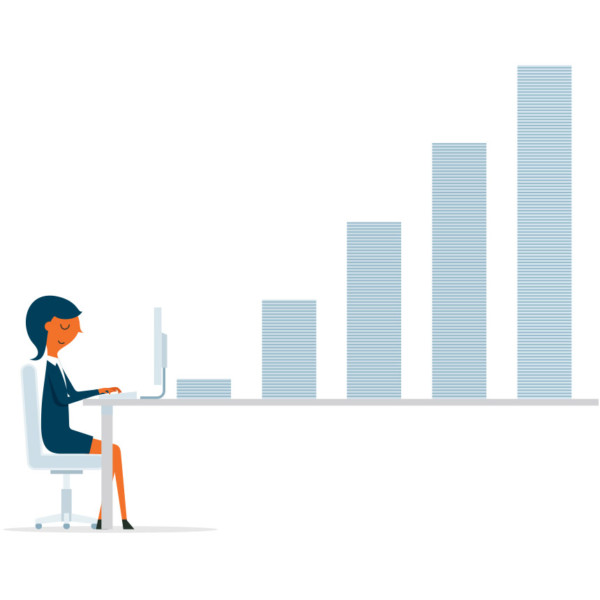 There are even more benefits. Once you set higher standards for yourself, you’ll raise the bar for all the people you interact with. You’ll stop doing business with that company that never ships your order when it promises to. You’ll stop agreeing to lunches with that chronically late, on-the-fence investor. You’ll leave that toxic romantic relationship and never look back on the trail of broken promises. Placing greater value on your own good word is self-empowering.

If you learn to take your own word seriously, people will take you seriously. This doesn’t happen overnight, but just like the enthusiastic walker, you’ll get there with practice. Start by making small, specific commitments to yourself: “I will research nonprofits and commit to giving and volunteering. I will arrange to see my friends and relatives more often. I will cut myself off from all forms of technology for at least one waking hour a day.” You get the idea. A foundation of promise keeping is built from within. If you honor your commitments to yourself, you’ll honor your commitments to others.

Marcus has said, “When you shake somebody’s hand, it’s got to mean something,” and he is known for closing deals this way. He thinks it feels more genuine than merely signing a contract and that handshakes make people more likely to keep their word. For example, he shook on a deal to invest in a family-owned, Pennsylvania based sports novelty company. The company was founded in 1791 and originally traded in tool handles. In 2014, it was trying to hang on by selling miniature bats with screen-printed logos of MLB teams. Marcus persuaded the owner to widely expand the product line and get more licensing agreements with teams and other companies’ products. In the end, he invested a large sum into the company, and sales increased significantly in just one year. When people trust your handshake, good things can happen. 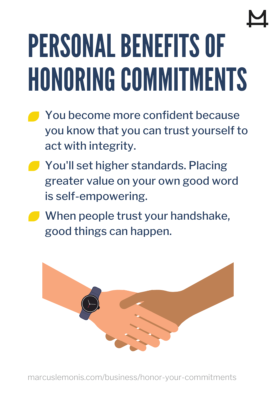 Tips to Help You Honor Your Commitments

Even well-intentioned people like you break promises now and then. There are several reasons, but they all have an easy fix:

They didn’t make themselves clear
Remember that everything you say, even if you’re speaking casually, might be interpreted with more weight than you intend. If you say, “I’ll call around 9 o’clock if the meeting doesn’t run long,” the listener might tune out everything except “9 o’clock.” Confirm that the listener is paying attention and that you’re being understood. Practice a few phrases that will prevent confusion: “I can’t promise anything yet, but I’ll do my best.”

They didn’t put the commitment on paper
All the experts agree that anything you put down on paper — whether it’s a vet appointment or a long-term financial goal — has more staying power in your mind. 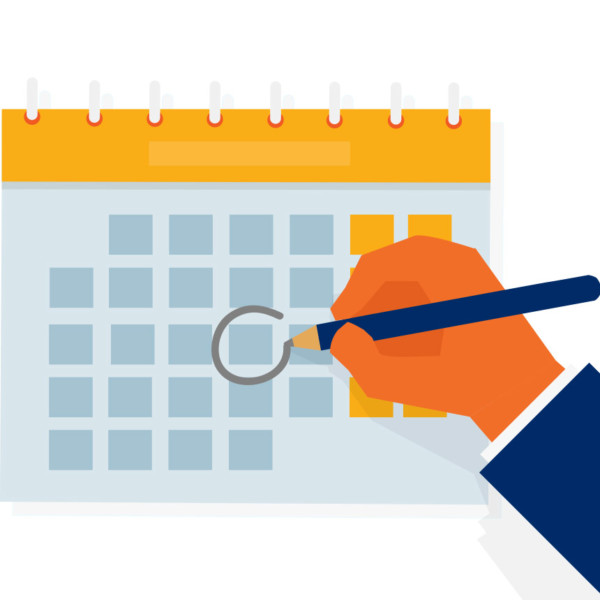 Since commitments often come with deadlines, a calendar is a good place to keep reminders. You can use time management software if you prefer, but mark the date of every commitment you make and the deadline you promised. Visit the calendar often to see how you’re doing. If you have even the faintest doubt that you’ll be able to deliver on time, inform the person you made the promise to right away. You may have a valid reason to reschedule or withdraw and apologize, but the other party should be the first to know. Be transparent when you make an error in judgement, and own up to your mistakes. 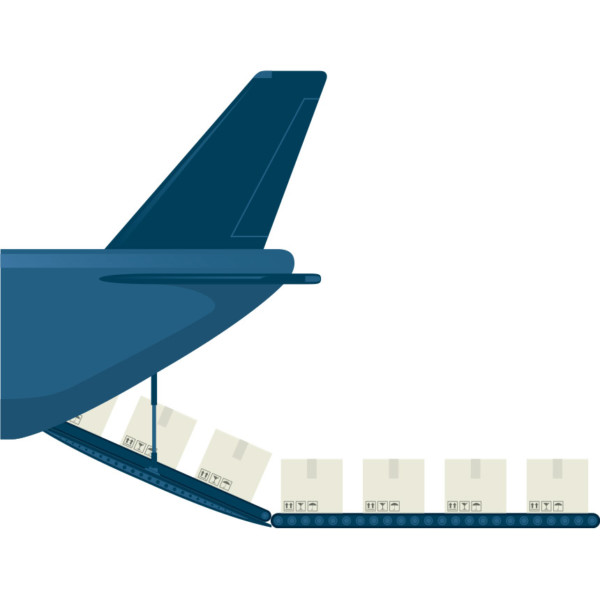 They haven’t learned to say no
Some commitments should never have been made in the first place. You’re not superhuman, and people will respect you more if you admit to your limitations. If you never have the heart to say no, you’ll break a lot more promises than you keep. Before you commit to anything, ask yourself if it aligns with your priorities. If you make fewer, more meaningful promises, you’ll be more likely to keep them all.

When accepting a new role, they didn’t ask what the commitments were
This is a little like getting married and finding out there are four small children involved whom you knew nothing about. Sometimes, new business ventures have pre-arranged conditions. Find out what they are before you agree to assume a new role. Otherwise, you’ll take the rap for failing to honor existing commitments.

They made promises that depended on somebody else’s deliverables
Don’t make promises based on circumstances that are out of your control. You can vouch for a shipping company that you’ve never had a problem with, but don’t make any guarantees. If a third party falls down on the job, you’re still the one who broke the promise. By the way, resist the temptation to throw the third party under the bus. Be accountable for your own commitments. 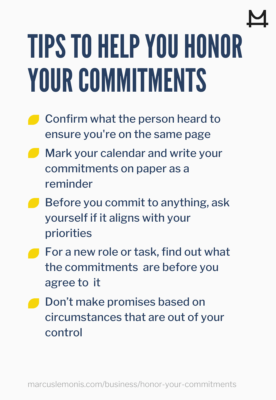 Failing to take commitments seriously can lead to multiple issues, especially being looked upon as untrustworthy. “If you have trust with somebody, it can survive any downturn, any mistake, any problem,” says Marcus. “And if you don’t have trust, it doesn’t matter how good the business is. It will fall apart eventually.” If you want to earn trust, grow as a person, and build a thriving business, always do your best to honor your commitments. 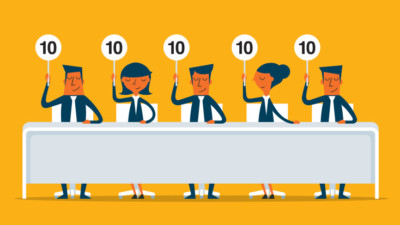 Learning to read the room is a valuable skill when pitching your business. This lesson will teach dos, don’ts, and much more. 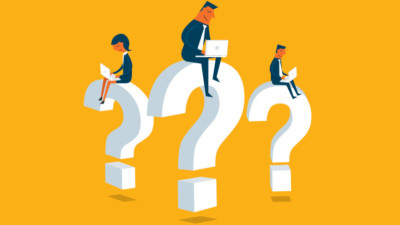 Knowing how to ask the right questions can help you achieve your business goals. Here are tips for success, as well as mistakes to avoid. 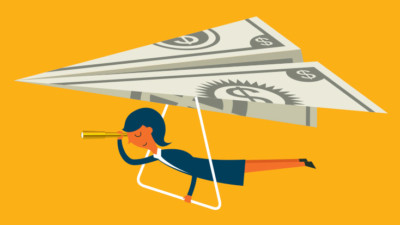 3
3
Being Comfortable with Being Uncomfortable
10 mins

To succeed in business, you may have to step outside your comfort zone. Here’s how you learn to override those fears and build a better future. 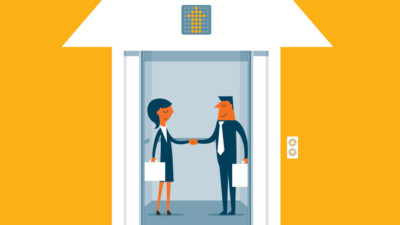 Have you ever met someone who you have really wanted to impress quickly? This lesson will give you all the tools to do just that! 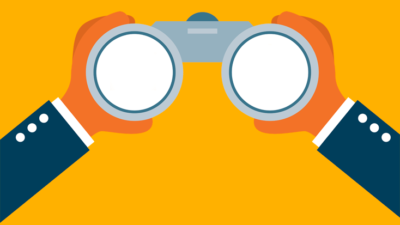 You’ll learn how to gather all the context you need to create a win-win, and how negotiating a curfew is like a business deal. 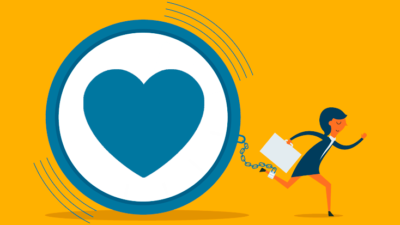 You’ll learn how to bring your rational brain into the room and make sure your emotions don’t sneak in the window. 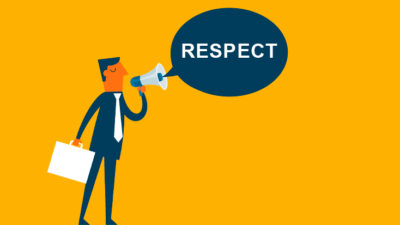 8
8
Respect and Relationships in Business
15 mins 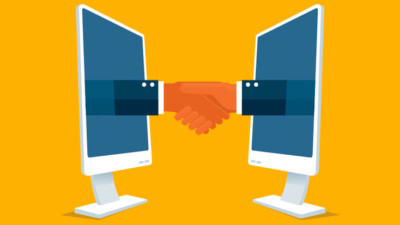 9
9
Business and Best of Intentions
10 mins

The best negotiations result in a win-win situation. Here’s how entering a deal with the best of intentions can help you succeed.