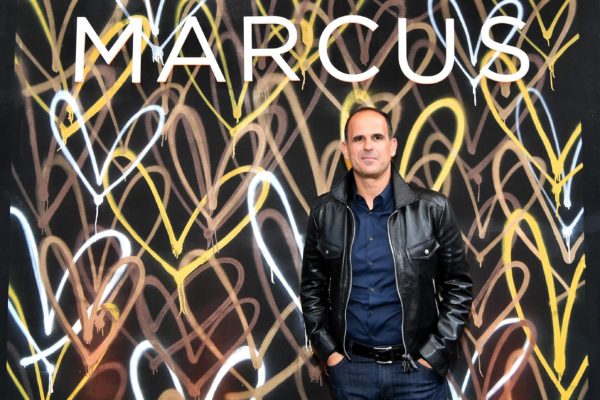 "Don't compromise who you are."

In a world where business leaders are lauded for being cutthroat, Marcus does it all with heart and compassion for the people, process and product he aspires to elevate. But as with many success stories, his road has not always been an easy one.

At four days old, Marcus was left at the steps of a Lebanese orphanage by his birth mother. He was soon adopted and brought to Miami, Florida where he was raised by his loving adoptive parents, Sophia and Leo Lemonis. Although he struggled with weight issues, bullying and a lack of self-confidence as a child, it was his mother, Sophia, who taught him to embrace his unique qualities, allowing him to discover that he had a head for business and a gift for helping others.

As a young man, Marcus honed his entrepreneurial spirit while working at his family’s automotive dealership. By the age of 25, Marcus seized upon an opportunity to reshape the way recreational vehicles and outdoor equipment were sold. Under his leadership and vision, Camping World would grow to become the Nation’s largest RV retailer and would make Marcus Lemonis one of the most successful businessmen in America. As a result, he has also become an in-demand motivational speaker.

Next, Marcus set out to prove himself in another arena, as host of his own TV show. His hit series The Profit, in which Marcus helped turn around and improve businesses, ran for eight seasons on CNBC. It spawned spinoffs including the award-nominated Streets of Dreams, featuring Marcus educating himself and viewers about the financial workings of key industries, as well as special episodes of The Profit. In October 2022, Marcus offered a sneak peek at his newest series, The Renovator, on HGTV and Discovery+, showcasing his ability to use design to transform people’s lives and their homes while building generational wealth. More episodes are coming soon!

With each great success for Marcus, the lessons of humility imparted by his mother have helped keep him grounded, reminding him that the true riches of life are found in giving back. With tens of millions of dollars donated to charitable organizations and invested in independent businesses, he is an advocate for the underdog and finds his strongest inspiration by investing in people. Marcus Lemonis may have been born in Lebanon but he is 100% American-made.